Lancaster Priory’s historic clock which has marked time for...

The national Christingle service in aid of the Children&#8217;s...

Our new Family Eucharist Service will be starting on 11th...

The Moon is landing at Lancaster Priory November 2019.

The historic church will host one of the world’s most awe-inspiring artworks – a massive moon – suspended from its ancient rafters from November 1-20.

Measuring seven metres in diameter, The Moon features detailed NASA imagery of the lunar surface. At an approximate scale of 1:500,000, each centimetre of the internally lit spherical sculpture represents 5km of the moon’s surface.

The Moon is one of several currently touring the world, attracting more than three million visitors. The Priory will welcome the largest version by UK artist, Luke Jerram who has created a number of extraordinary art projects which have excited and inspired people around the globe. He is known worldwide for his large scale public artworks.

Luke had the idea for The Moon 15 years ago but the data for creating its imagery was only made available by NASA fairly recently.

“As a child I always wanted a telescope so I could study the Moon and the night’s sky,” he said. “Now with my own Moon, I can fly there, study every detail and share this experience with the public. We can explore the far side of the Moon which is never visible from Earth.”

Lancaster Priory has a growing reputation for its cultural programme, and this lunar artwork is its biggest event to date.

The Vicar of Lancaster, Canon Chris Newlands said: “In this 50th anniversary year of the moon landings, we are very excited and proud to host such a spectacular artwork at the Priory and I’m sure everyone will be impressed by its beauty and scale.

“We encourage as many people as possible to take the opportunity of seeing The Moon while it’s in Lancaster and enjoy the themed programme of events.” 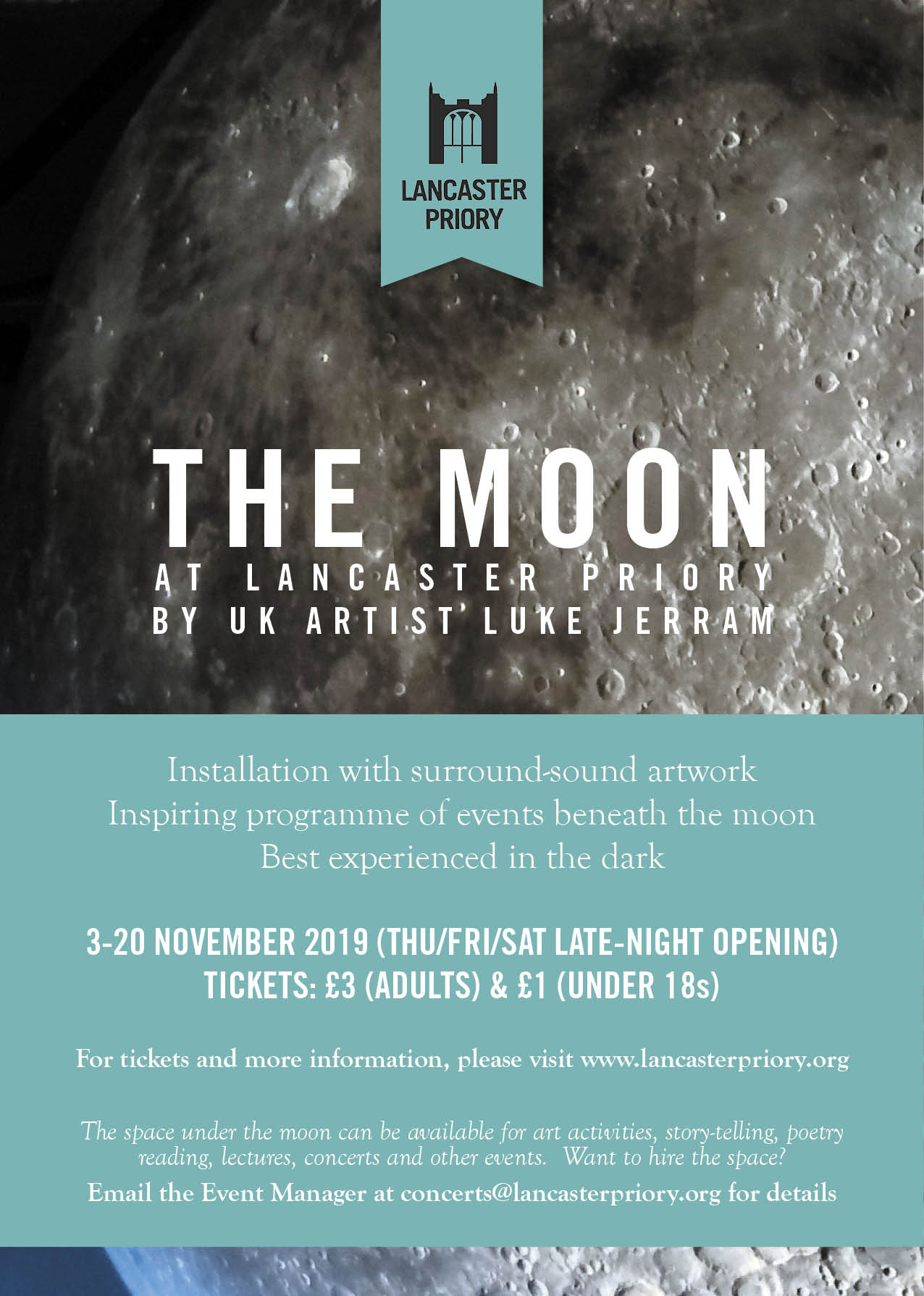 Lancaster Priory’s historic clock which has marked time for...

The national Christingle service in aid of the Children&#8217;s...

Our new Family Eucharist Service will be starting on 11th...